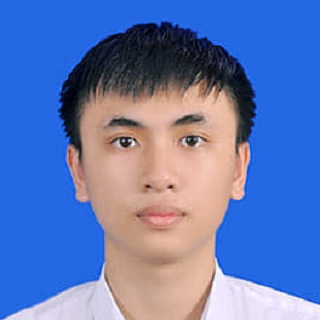 Duc won the 1st Prize in 2017 and 3rd Prize in 2019 in the Quang Tri's Olympiads in Physics. He also won the runner up prize in the Northern Delta in 2019 in Physics. He excels in other subjects as well, which allowed him to be on honor roll for 11 consecutive years. Loving computers, Duc dreams to be a cybersecurity engineer.

Apart from Duc and his older brother, his parents also take care of his grand mother. His father is the main income earner, however, since he fell from the electrical pole while working, he is suffering from the spine injury. He was able to earn less than US$200 per month, which barely cover the tuitions, for his children, not to say the living expenses. His mother works in the farm and raise pigs, but this year due to disease, the pigs got wiped out. This year become very challenge for the family economically.

Le Quy Don High School is one of a few schools that helps highly capable students to achieve more. The school is located in Quang Tri, Vietnam. Quang Tri is among the poor cities in Vietnam, with GDP per capital of about $1,900 per annum.